These days I watched a lot of movies. To understand what means for me and what not. Sometimes I guess, we are really entangled in our thoughts that we don’t see what is going to be the next step of our journey and where we are actually leading. Are we ready to leave something behind to reset our life for a new start. The movies I watched were all about different aspects of life. I watched south Indian hindi dubbed, animated and some other. I was really like seeking something that could help me further to accept and write about. Well it is well said that our story is in our hand. But I guess some circumstances, situations or some beliefs make us stop somewhere midway. Today I am not editing anything, just writing what I feel. Each movie I watched I found a part of life. Devotion in friendship, bad luck changing to good luck, some dreams achieved against society, a reason to live and the mysterious ways it gets revealed to us. I guess each of has a different sight to see things, don’t we? Actually if remember right someone has already said-“you get what you seek.” and I guess we always seek what we want. A meaning, a reason, a smile, a path.Well I won’t say that I found it. Of course who would just by seeing movies. I guess we get the meaning of life when we connect to the nature. In last decades we all have been seeing all developed countries so powerful that nothing could harm them. But in these pandemic even the underdevelop countries getting more clear sights. Nature has all the answers. It makes us learn. Actually nature is not any other world, it is between us. Generally we define it through the mountains like God made things where we find peace. Have we really lost that? I guess not. We are too worried of the upcoming that we don’t enjoy the moment. But I know now nature is just relaxing through what we already have, feeling each moment to its full, not breaking the laws of humanity, accepting the facts of the present and saying that yes Thank you God for everything.I had a lot of incompleted posts, but now I guess now I won’t post much of any those cause repeating the old would actually make me remember those again.I would recommend you all to watch these movies that made my sight more clearer. Each have a different message regarding life. I know you won’t regret watching any of these twice. Each time we see a sight, we have a different glimpse, depends on our own nature. I liked these movies so much and I am quoting some of my favorite dialogues and the reason what could make you connect to life from them. You can also go to the Wikipedia sites too clicking over the names.

This animated story is based on self realization about a person who has a habbit of telling lies and boast about himself.

You have defeated your hate.

Appreciation by the king.

Maybe we don’t speak lie as you did. But that doesn’t lessen our mistakes. Some of us are greedy, some rude and some so selfish. But you defeated your biggest flaw. Just think how many of us can do that. These statues envoke us to be successful in our lives and for doing that you don’t need to take a tour of the world or fight with hail storms, we just have to defeat the devil inside us.

This is a story of a boy who is weak in studies yet have a different sight of his own to see the world ,actually he need admission in his last school in the city. It’s imagination of writer of the movie that made it so interesting along with the principle of that school getting shrink. It runs in a school which is protected by the ghost of the founder of the school. Well no, it’s not a horror movie. It is for the kids. It makes clear that how our education system should change and what are the actual flaws in it.

Yes, it is about a girl who never stopped dreaming and this is journey of her success and her friend, who went through downs yet succeeded.

You can defeat her because you have the thing she can only dream of, your passion. Use it, feet your pain, your anger, your happiness. Use it all in your dance. Every music, every sound and all that tone that thrill your body. From your hairs on your head to the nails of toes and this way, only this way, you can defeat her.

This animation movie reveals the purity of heart of a boy and gets you firm that whatever you actually want, like actually, you will surely get one day.

This biopic is basically against the society thoughts, raising for the equality of girls among patriarchal rules. The movie is so loving, soft and yes of a dream of a girl for the love of her father.

This movie is truly remarkable over trust, friendship and love. Understanding of each other, sacrifices for each other and unconditional love in different forms of life, truly admirable.

This movie touched me deep. Its a journey of three friends who came to acknowledge the meaning of life, a journey to find reason.

A horror thrilling movie of a family that put outs the limits of affection between a child and her mother.

It’s a love story of a boy, arrogant with his thoughts and a girl who has potential to achieve her goal but somehow the crucial thought of an individual mindset harms it. The movie reveals how someone got able to change his life and perceptions and how the love and nature healed it.

A love story indeed of two different friends yet completing eachothers that makes the boy more reliable and responsible acknowledging him about himself through nature via making him meet his passion, reason and love.

This movie is of a powerful honest police officer. In the first half, there are some comedy and love startups of this cute story that changes into more of a twist in the second half. It shows affection of a father for his child and gives the society the glimpse of right parenting too.

May be a more like a fairytale. A love story that strikes through destiny. I guess there are really people of both types who believe in destiny and those who don’t. This story is, I guess firming the believe over love that somewhere, someone is destined to be with us. More than a real, it looked like a dream, yet it gives lovers the affirmations about not being sad at any moment.

This love story gives you glimpse of love between a lower class boy and a high class girl, who have some similar thoughts that connects them. This way it deliveres the mentality of some harsh society.

The message of the movie is to show that:

Every life has a purpose, we will die only when it is fulfilled.

This story is a love story that goes beyond time. An hourly meet that is described in the story beautifully, changes the lives of the two. They meet after 14 year. Sometimes the time might not be right, that’s why things happen.

This poem, the boy dedicates to the girl

The story is about a struggling actor, who became a fake lawyer in court but through his acting skills and his right thinking he became a true actor in law. There are comedy, dramatic, emotional and harmonies of the journey well woven and played by actors. The movie has a lot of good perks, melodious and emotional scenes. A scene where the actress takes away her own case of being wooed by the society men cause no woman, even being seen badly, due to considering respect of family more than her own, didn’t come as witness in court. Even if the movie couldn’t collect that much review, it leaves a good message to people that even an ordinary man can make change that is given by each one of the role. Actor had chosen wrong way for a good reason, helped people. It’s a good movie to watch.

It’s a thriller story of a girl who cheated famous people who were blind, trapping them into love with an evil mind. It simply shows that not every girl is nice, neither each one is bad. The society really has such people who can misuse our feelings for their profit.

It’s about a part of life when our real life get endangered by the virtual life over sites. It raises through a honest police who get honest corrupt where his and his wife’s lives tackle with an virtual conflicts. The unexpected turnings of the film make it complete thriller.

The story is full thriller of a struggling film writer who wants to make his first film over phsyco killer which he had studied a lot through years of newspapers. Twist comes when situation make him enter as police officer where he meets similar case of a person killing school girls. The story has a lot of messages for the society and it will really make you think over your actions.

Now when I’m talking the movies that connects you to life, we won’t forget ever Late Ms. Sushant Singh Rajput. Truly admirable for his roles in different movies e.g. Kedarnath, M.S. Dhoni: The untold story, Kai Po Che, Chhichhore. He was really a struggler and he actually played all the roles with depth in all these. Kedarnath, a movie over real natural disaster and a fight against inte-religion or intercast hates, did he actually lose there? What do you say? M.S. Dhoni as a biopic of our star cricketer Mahi. Kai po Che as the struggler and Chhichore giving us the meaning of unconditional friendship and faith in relation. He will surely live among us through them. I can’t yet imagine what actually would have happened that he left us, I was actually waiting for his movies. May be he couldn’t win much awards but he won hearts of people. I’m sure we all would be missing him. Let his soul rest in peace and the close ones be well.

Really each movie that I saw was a complete learning. Each of them has a message. A message about life, a message about friendship, about society, about nature, about love and above all about “Hope”. Thank you for joining this journey.Featured image by Pixabay

It's a choice to spread your knowledge, do you do it? Give a try sharing it.

22 thoughts on “Movies that reconnects you to life”

This site uses Akismet to reduce spam. Learn how your comment data is processed.

search what gives you seight 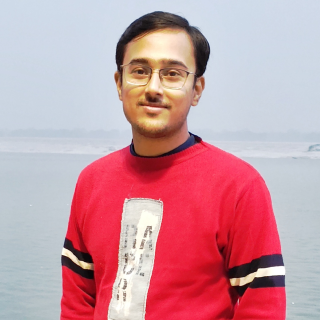 My blogs are my thoughts, all written by me, I write poetic motivational contents and experiences of life

is it not true

I guess you will certainly like thing this way.

Can't wait, how long will you 🌼click🌼 this. have a❣️ journey❣️ through these posts😄 and do tell what it reminds you all. 💕💕, I am sure you will definitely like it. happy reading.

Some posts I loved so much